The Benifits of Having a Pet

During COVID people are staying inside a lot more, and not getting to see your friends and family is a total bummer. One thing you can do is consider getting a pet there are so many benefits. Lots of pet owners will say that pets are very good, but they don’t know the mental and physical benefits. Most people want dogs or cats but if you are allergic to them maybe you should consider getting a rabbit because they are still a very furry friend! Also, birds can be good for mental health because they can increase social interactions, and sharpen your mind (Lundgren et al.). Studies have shown that having a pet can lower levels of cortisol, and lower your blood pressure. Pets can also help kids with disabilities like autism, and ADHD. If you are looking to be more active you could get a dog because you need to walk them, and walking multiple times a day is very good for you (“The Power of Pets”).

If you have a lot to do, or there is something stressing you out, getting a pet can lower your stress and anxiety. Just petting your dog or watching a fish swim around can be very relaxing. Pets can help stop children from developing allergies. They can also improve your immune system (“10 Benefits of Owning a Pet”). Young kids can learn responsibilities from having a pet, like walking a dog or feeding a cat. Pets can tell when you are sad or stressed and they try to make you feel better. They can make us feel special by showing us love and affection. It’s hard to feel angry or sad when there is a cat on your lap (“Benefits of Owning a Pet”). Lastly, there is the best reason to get a pet in my opinion. They are adorable! You can have so much fun playing with them (“Benefits of Having a Pet: Why Keeping Pets Gives You Positive Energy”).

“Benefits of Having a Pet: Why Keeping Pets Gives You Positive Energy.” Lifehack, https://www.lifehack.org/879382/benefits-of-having-a-pet.  Accessed 30 March 2022.

I’m just an ordinary 15-year-old named Jasper who goes to an ordinary high school with two ordinary friends Jane, and Josh. One day my two friends and I decided to go to the science lab to conduct a few experiments while no one was around. During lunch, we were discussing an idea I had. My idea was to try and break Newton’s 2nd Law of Motion. We had to get hyper-monoluminum (a substance I invented) and mix it with frog legs. I almost puked when I tried to put the frog legs into a test tube. Jane had to put on a full anti-bacterial suit when handling the hyper-monoluminum because it is very hot and highly radioactive. Jane poured the hyper-monoluminum through the tubes and when the substance was mixed with the frog legs. “BANG” the glass shattered and flew all over the room along with the new substance. Luckily we were mostly unharmed by the glass, but I had a big cut on my face. That was the first thing my friends noticed but after I said I was okay, we realized something else.

Everything in the room including the walls were giant! We were terrified. “What have we done”? Josh screamed! I was quaking as I walked around the room. Jane and Josh were trying to explain how this wasn’t my fault, but I knew this was all me. We were freaking out. “We need to fix this” I said. We heard footsteps coming so hid behind a giant desk chair. It was our English teacher Mrs. Green, but something wasn’t right. She was doing normal things. Just checking her desk and it was like nothing happened, and then it clicked. We were small and everything else was normal size. I told them my idea and they were shocked. Mrs. Green left and we were very relieved, but I had no idea how to get back to regular size.

Jane had the idea that if we conducted the same experiment again it would revert the size chage. Luckily I knew where my friend Peter Parker kept his extra hyper-molunumium. I always knew there was something wrong with him. He got bit by a spider when he has young, but that’s really all I know. It took us 10 minutes just to get to our classroom. We had no clue how we were going to get to the top of his desk all we had was a mini ruler we found next to Peter’s desk. Me and Jane sat down, we were stumped, but Josh looked ready. I asked him “What are you doing”?  “You’ll see” he responded. He grabbed the ruler and backed up. We moved farther away, and he started running towards the desk with the ruler. He stabbed the ground and and he flew throught the air like a bird.  He landed and it made a big “THUMP”. He went to the hyper-molunumium but the jar was too heavy. He yelled for us to come up. Me and Jane looked at each other not knowing what to do. He threw us the ruler. I was scared to try to jump, but I knew this was the only way. I backed up and ran as fast as I could and I made the jump. The jar was still too heavy. Jane was not keen on coming up using the pole vault method, so we had to think of a different way. We thought for a while until I came up with an idea. Josh held my feet off the ledge of the dask and started lowering me. We where just short of reaching Jane, but I remembered something, “The Ruler”! Josh handed me the ruler and we were able to reach June. “HEAVE” I yelled as Josh pulled us up. We were able to pick up but we heard footsteps. It was Peter. “Oh No” said Jane. We hid inside the desk at the back. Luckily he only came to get a pencil. Then I had the urge to sneeze. “Ah, Ah, Ah,” No! said June. ACHOO! I heard Peter say to himself, “what was that”? He came back and looked inside the desk, but he didn’t see anything because we hid behind some books. After he left we picked up the hyper-molonumum and walked through the wall and put it on the table.

Our science teacher Mr. Matthews had some frog legs in his desk for experiments. We went there and climbed the desk. We opened the desk drawer, but there were no frog legs, just giant band-aids. I tried to put it on my face for my cut but it was way to big and was a bit like a blindfold. Then we realized we were on the wrong side. I climbed across the gap to get to the other side, and Josh jumped across. Jane just went on top of the desk and walked across. She made me and Josh look dumb. We found the frog legs inside a jar, and started conducting the experiment. We poured the hyper-moluminum into the test tube. I again was handling the frog legs, but I was to short so I had to stand on yop of some books so I could reach. The substance went through the tubes and… “POOF” We were back to normal size. Mrs. Green barged in the room. “What happened here”? “Uhhh” I said. Jane finished my sentence. “We were just finishing up some experiments”. “Oh, ok” said Mrs. Green. Me and my friends agreed to never bring up this topic ever again.

During this unit of Jewish Studies, we learned all about different things that have to do with Judaism, from praying to clothing. Bar and bar mitzvahs arent just celebrations for when a person turns 12/13. It means you are a Jewish adult and need to do certain mitzvot. I used to think that wearing tallit was just a fashion statement, but it is way more symbolic. It is a prayer shawl that has tzitzit which reminds us about the 613 commandments from G-d. Tefillin is very special, males are supposed to wear it every day. It is two boxes with parchment from the Torah inside which say things that remind us about what G-d has done for us and some orders. The two boxes represent your actions and thoughts. The tefillin has straps that you wrap around your head, arm, and hand during the ritual. I had no clue about all these Jewish traditions that had to do with these items and events, even after knowing all this I still find this so cool how much these things represent. 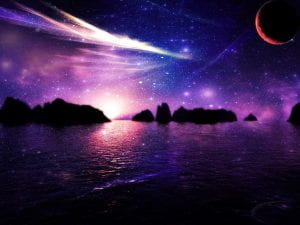